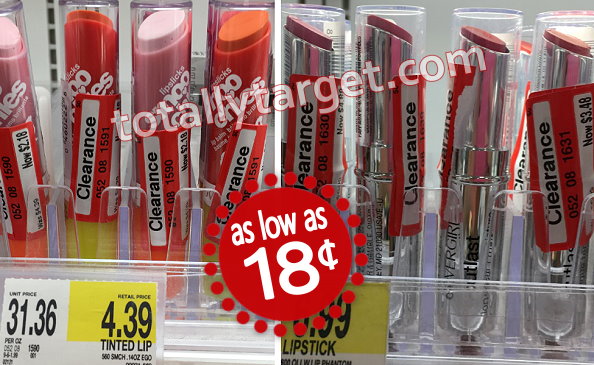 Be sure and check out the makeup aisles at your stores for possible clearance being spotted on lots of items, especially CoverGirl products. Lipsticks, lip balms and more are all being spotted including Smoochies for as much as 50% off and as low as $2.18. If you can find the Smoochies on clearance too, it makes for a super nice deal after stack… 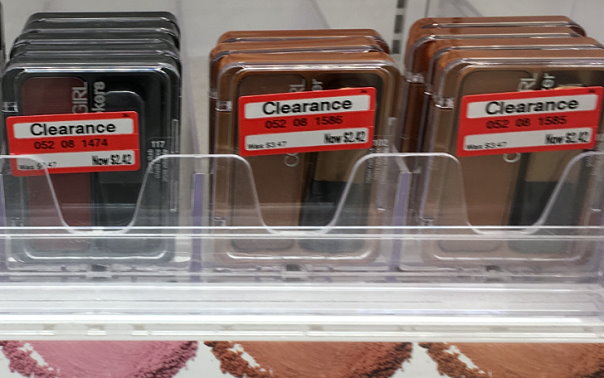 There were other Covergirl cosmetics on clearance too including blush as much as 30% off and as low as $2.42. Even though we don’t have a stack, they will be as low as $1.42 after a Target coupon.

Kelley and I also saw soem CoverGirl Eye cosmetics on clearance, but the % off was not as steep. But if you find a bigger drop at your stores, there is a $1/1 COVERGIRL Brow or Eyeliner Product (or in the 12-11-16 RP x1/7) you can stack with.